Questions? Write us an email! 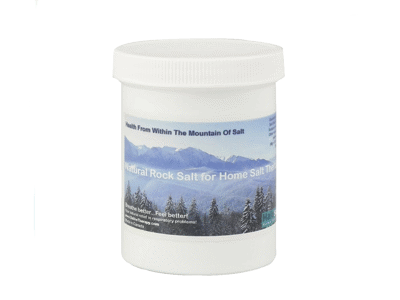 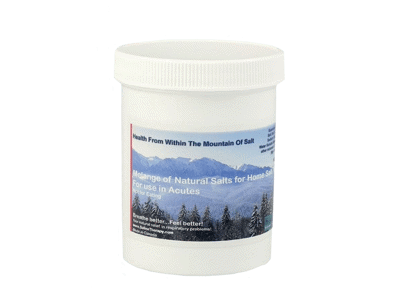 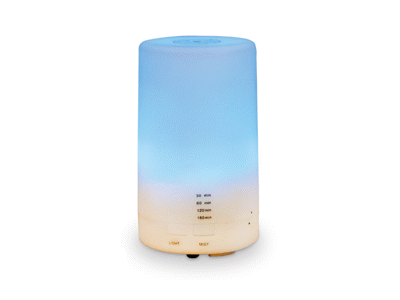 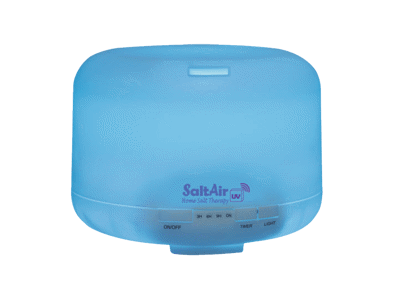 The salt therapy, i.e., inhaling the salty air is considered medical treatment since the beginning of the 1800’s. However, its positive effect was already known to the ancient Greeks. Hippocrates, the “father of medicine”, e.g., recommended inhaling steam from salt water for those who suffered from respiratory distress.

Salt air, in its natural form, can be found along the seashores (sea salt aerosols in the atmosphere), and in the rock salt mine passages, respectively. This phenomenon can be reproduced artificially in salt (halo) chambers, or salt rooms.

You can also buy a salt therapy device, by which you can generate salt mist at home, and can enjoy its health benefits in the comfort of your own home. By using this therapeutic tool, you can prevent a number of diseases or you can manage your symptoms.

How does salt therapy work?

In aerodynamic diameter terms, the salt particles enter the lungs in a size-dependent manner from the nasal passages to the bronchioles/alveoli, since salt particle size (diameter of salt aerosol-particles) determines how deep into the lung a particle is inhaled.

For example, the rough and dry salt particles of the salt pipes deposit already in your pharynx, thus they have a curative effect only on the diseases of the upper respiratory tract.

You can expect the best results if you have a device, which transforms saline solution into under 5-micron salt particles. These small salt aerosol-particles enters not only your pharynx, but also the sinuses, the large and small airways of the lung, as well as the alveoli. From a therapeutic point of view, therefore, the smaller the salt particle size, the more effective is the treatment.

The inhaled salt particles adhere to the mucosal membrane. Due to their osmotic effect, they attract water molecules from the surrounding environment, then absorb those molecules, thus loosen, liquefy phlegm. They make clearance of mucus from the airways easier and faster, and support the self-cleaning processes. The pathogens, allergenic (allergy-inducing) substances and other pollutants are also discharged, coughed up from the airways.

The salt aerosol (or the salt crystal) has bactericide property, killing the majority of the viruses, bacteria and fungi.

The salt improves the physical, biochemical activity of the organism, increases the metabolism, blood and lymph circulation. It acts as a natural antihistamine (reducing allergic reaction symptoms), i.e., reduces inflammation and swelling of the mucous membrane. In most of the upper respiratory diseases, it accelerates healing and alleviates symptoms.

When can you expect positive results from salt therapy?

Do not expect a substantial therapeutic effect from one or two treatments per month! This is the disadvantage of the custom built salt rooms (otherwise known as halotherapy). You have to travel there, pay for it, and you can use it for a short period of time.

The more you stay at the salty air, the more powerful is the effect.

If you have a salt therapy device, then you can produce salty air at any time and spend several hours a day in the salt mist. Operate the device at home during the night sleep, placed on the night table.

The SaltAir devices are extremely silent and cover you in a sheath of beneficial “salt cloud” throughout the night. A sufficient amount of salt particles can get into your airways.

Similarly, you can use it in your workplace, too, in order to get the best results. For example, if you are desk-bound at work, then placing a SaltAir device on your table is an excellent soulution. Use the device on a daily basis because salt therapy has cumulative effects. Use it either in your bedroom, in your office or living room!

In which diseases is salt therapy helpful?

The salt therapy is effective for both children and adults! In case of mild symptoms, the salt treatment in itself can improve the symptoms. For severe complaints, and in serious diseases, use it as a complementary treatment to the medical treatment - it relieves your symptoms, stimulates your immune system, accelerates the resolution of the disease, and reduces the amount of medications needed for healing.

One of the main application of salt therapy is the prevention of upper respiratory tract infections and allergic diseases. In the spring-autumn and winter period, the variably humid and mild weather favors the development of the common cold, influenza, sinusitis, bronchitis, etc.

In the nursery and in school the infants and children “give” the pathogens to each other. These pathogens / diseases, which were “brought” home in this way, then “sweep over” all members of the family.

A recent study showed that those children, who had underwent salt therapy / halotherapy - used as a preventive measure -, also in a healthy state, did not get ill, or got sick significantly less often, than their peers.

Similar is the case for allergies caused by spring-summer-autumn pollens. Start halotherapy 1-2 weeks before the onset of the annual allergic period, and you can prevent the symptoms or significantly reduce their intensity. Namely, in the critical periods, apply salt air therapy in order to prevent your own and your family members’ recurring diseases.

Free shipping
Free shipping from:
Total
If you having trouble with sending your order, please contact us via email (info@medimarket.com) or via phone (+36 53 570014). We are open between 8 am and 2 pm on weekdays.
Loading…